The Greek Economy and Why it Matters to Europe 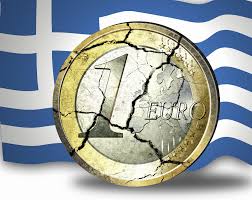 I have dear Greek friend, who lives and works in Athens.  We had a conversation this weekend and discussed the Greek economy and his observations about his nations future.  Why is this is issues in Greece of importance to Europe and in fact the world.

Firstly the issues that led up tot the possibility two years ago that Greece may have left the European Union (GREXIT) and its ramification that contributed to Britain leaving the Union (BREXIT) which already has thrown politics, economies, social unrest and concerns around the globe.

Its also  important to understand the impact the Icesave bank collapse in 2008 which left British and Dutch account-holders empty-handed. This event also impacted Greece and the population looked hard at the Icelandic model, with an eye to telling the European banks that they would also not pay their debt.

Over the course of the last few months, negotiations with Greece and its creditors reached an agreement April 7 on a series of reforms that Athens will have to implement to comply with their bailout program.  As part of the agreement, inspectors from creditor institutions will visit Greece in the coming days. While the April 7 agreement puts the bailout program back on track after months of delays, important questions such as the disbursement of the next tranche of financial aid for Greece, the participation of the International Monetary Fund (IMF) in the program, and the granting of debt relief measures were not addressed.

Greece’s creditors remained vague on several important issues. According to Dijsselbloem, an analysis of the sustainability of Greece’s debt will be performed in the coming weeks. This is a vital issue for Athens, because the Greek government has promised voters that painful austerity measures are necessary in exchange for concessions to alleviate Greece’s debt burden. Without a promise of debt relief, it will become increasingly difficult for the ruling Syriza party to address public criticisms and ease friction within its own government. At the same time, the German government wants to delay the introduction of any debt relief measures at least until after the German election in September.  Dijsselbloem was also vague on the timing of the release of the next tranche of the Greek bailout. Greece faces some 6 billion euros ($6.37 billion) in debt maturities in July, which means that the creditors still have time to delay the release of the funds and keep the pressure on Greece.

According to Dijsselbloem, the IMF backed the agreement. But the institution has yet to announce whether it plans to join the Greek bailout. This is a key issue for Germany’s government, which promised lawmakers that the IMF would be involved in the Greek program. The Greek government will now have to convince lawmakers to approve the measures that were discussed today. In recent weeks, members of the Syriza party have criticized the concessions that Athens had to make to keep the bailout program alive. Greek Minister of Finance Euclid Tsakalotos admitted April 7 that some of the measures agreed today “will upset the Greek people”.

However, most people in Athens are upset and feel that their government has failed them.  Finding work is hard, many having to leave Greece and work in other nations. 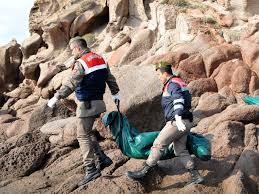 The refuge crises continues where almost every other day the washed up bodies of young children from families fleeing not only the Syrian crises but other troubled nations are found.  The nation is not only struggling with their own debt and economic crises, but also is strained daily with the humanity crises at its door as the crossroads into Europe.

What we have to understand is that while our main stream media continues to fail to report on an ‘old’ story, the situation still exists, and is worsening. Surrounding nations are also struggling with their own economic challenges, stressed over the humanitarian burden the refuge crises is exacerbating along with the increase in terrorist activists.  With no end in site, the people of not only Greece, but surrounding nations are beginning to believe there is no hope.

History is pretty clear on the impact to entire regions when this attitude becomes the prevailing mentality.  In short conflict – armed conflict, becomes inevitable.   The larger the malaise, the greater the conflict, which ensures it will bring more nations into conflict.