Preliminary Details and Analysis of the Tax Cuts and Jobs Act 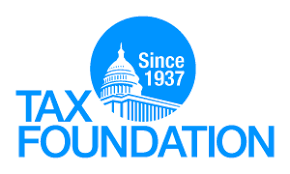 Changes to the Individual Income Tax

• Lowers most individual income tax rates, including the top marginal rate from 39.6 percent to 37 percent. Retains the current seven-bracket structure, but bracket widths are modified.

• Doubles the estate tax exemption from $5.6 million to $11.2 million, which expires on December 31, 2025. The exemption will increase with inflation.

Impact on the Economy

According to the Tax Foundation’s Taxes and Growth Model, the Tax Cuts and Jobs Act would increase the long-run size of the U.S. economy by 1.7 percent (Table 3). The larger economy would result in 1.5 percent higher wages and a 4.8 percent larger capital stock. The plan would also result in 339,000 additional full-time equivalent jobs.

The larger economy and higher wages are due chiefly to the significantly lower cost of capital under the proposal, which reduces the corporate income tax rate and accelerates expensing of capital investment for short-lived assets.

The growth of GDP under this plan, however, is not linear. In 2018, the first year of this tax plan, growth is projected to jump 0.44 percent above the current baseline projection as firms take advantage of the full and immediate expensing of equipment and the lower corporate income tax rate. These provisions encourage capital investment.

The initial spike in growth is reduced later during the decade, however, when growth falls slightly below the baseline. This is due to the temporary nature of many of these provisions. Economic growth is borrowed from the future, but the plan, in aggregate, still increases economic growth over the long run.

The Tax Cuts and Jobs Act represents a dramatic overhaul of the U.S. tax code. Our model results indicate that the plan would be pro-growth, boosting long-run GDP 1.7 percent and increasing the domestic capital stock by 4.8 percent. Wages, long stagnant, would increase 1.5 percent, while the reform would produce 339,000 jobs. These economic effects would have a substantial impact on revenues as well, as indicated by the plan’s significantly lower revenue losses under dynamic scoring.