Spain: A Declaration of Catalan Independence Could Be on Its Way 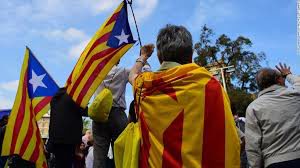 In Stratfor’s Fourth-Quarter Forecast, we predicted that following Catalonia’s independence referendum the central Spanish government in Madrid would intensify its efforts to suppress the secession movement. Amid rumors that Catalonia could unilaterally declare independence Oct. 9, we are seeing Madrid, and potentially even the European Union, preparing to do just that.

Catalonia continues to take steps toward a unilateral declaration of independence. On Oct. 4, the region’s pro-independence parties, Junts pel Si and the Popular Unity Candidacy, announced that the Catalan parliament will hold an extraordinary session on Oct. 9. While the official motive of the session is to discuss the results of the referendum that took place on Oct. 1, the pro-secession forces could use the meeting to declare independence. According to a law passed Sept. 7 by the Catalan parliament (which Spain’s Supreme Court declared unconstitutional shortly thereafter), the regional legislature has to declare independence if people vote in favor of secession. On Oct. 1, 90 percent of voters supported independence. 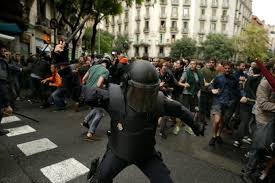 Should Catalonia declare independence, Madrid would probably suspend the region’s autonomy and take direct control of its government. Not only would this decision be controversial in Catalonia and the rest of Spain, it could also be difficult to enforce. The move would lead to large street protests and potential acts of vandalism against Spanish institutions across the region. Support from security forces would be required. But Madrid is concerned about the fact that Catalonia’s regional police, known as the Mossos d’Esquadra, didn’t fully obey a judge’s order to close down polling centers on referendum day to prevent people from voting. Several courts in Catalonia have already opened investigations against the Mossos for a potential crime of disobedience.

Since the start of the independence process five years ago, pro-secession forces have organized several massive demonstrations. Their main goal was to show Madrid and the international community that hundreds of thousands of Catalans support independence. But they are also a broader demonstration of strength and a reminder that any action against Catalonia — especially one as drastic as suspending the region’s autonomy — will lead to large protests.

In a scenario of widespread regional rebellion, Madrid would face the dilemma of having to choose between applying greater violence in Catalonia or negotiating. The former would come at the cost of deepening an already serious crisis and probably triggering a more decisive intervention by the European Union. So far, the bloc and most of its governments have sided with Madrid, calling the Catalan referendum illegal and pledging to respect the unity of Spain. But EU leaders have also warned about an escalation of violence and asked the Spanish and Catalan governments to hold a dialogue to reach a solution. If the friction between Madrid and Barcelona continues, an external mediator may need to step in.