The Myth of Multitasking 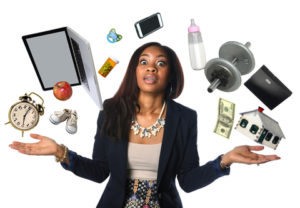 Think you can multitask well?

Think you’re good at doing several things at once?

Reading and listening to music? Driving and talking on the phone (hands-free, of course), or texting while sitting in a meeting?

Much recent neuroscience research tells us that the brain doesn’t really do tasks simultaneously, as we thought (hoped) it might. In fact, we just switch tasks quickly. Each time we move from hearing music to writing a text or talking to someone, there is a stop/start process that goes on in the brain.

That start/stop/start process is rough on us: rather than saving time, it costs time (even very small microseconds), it’s less efficient, we make more mistakes, and over time it can be energy sapping.

Take a small test delivered by the Potential Project, a group based out of Denmark. Here’s the test:

How much time did it take to do the two tasks? Usually, it’s about 20 seconds.

I’ll bet you your time is double or more what it was on the first round. You also may have made some errors and you were probably frustrated since you had to “rethink” what the next letter would be and then the next number.

Multitasking is switch-tasking and it takes time

That’s switch-tasking on something very simple, but that’s exactly what happens when we attempt to do many things (often more complex) at the same time.

So next time you think you’re multi-tasking, stop and be aware that you are really switch-tasking.  Then give yourself a time limit (10 minutes, 45 minutes?) and focus on just one task and see if you can’t complete it better, faster, and with less energy.